California Venture Management Services is happy to work with owners who wish to build modern structures with a select group of architects.﻿   The design shown above was done by architect, Stephen Cirillo, who passed away suddenly in Novermber, 2015.  Stephen was a student of Mr. Alfred Caldwell at the University of Southern California and used the concepts learned from Mr. Caldwell in all of his work.  His passing is a great loss to modern architecture but should serve to remind us of the universal truths of this approach to architecture. 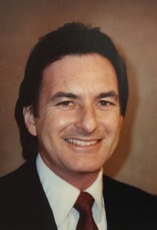